The Welder’s Dog Brewery Has Opened Its Doors In Armidale, Serving Up Farmhouse Ginger Beer

Sitting on kegs while fermentation tanks whir in the background, the Welder’s Dog Brewery boys are driving a return to traditional brewing. 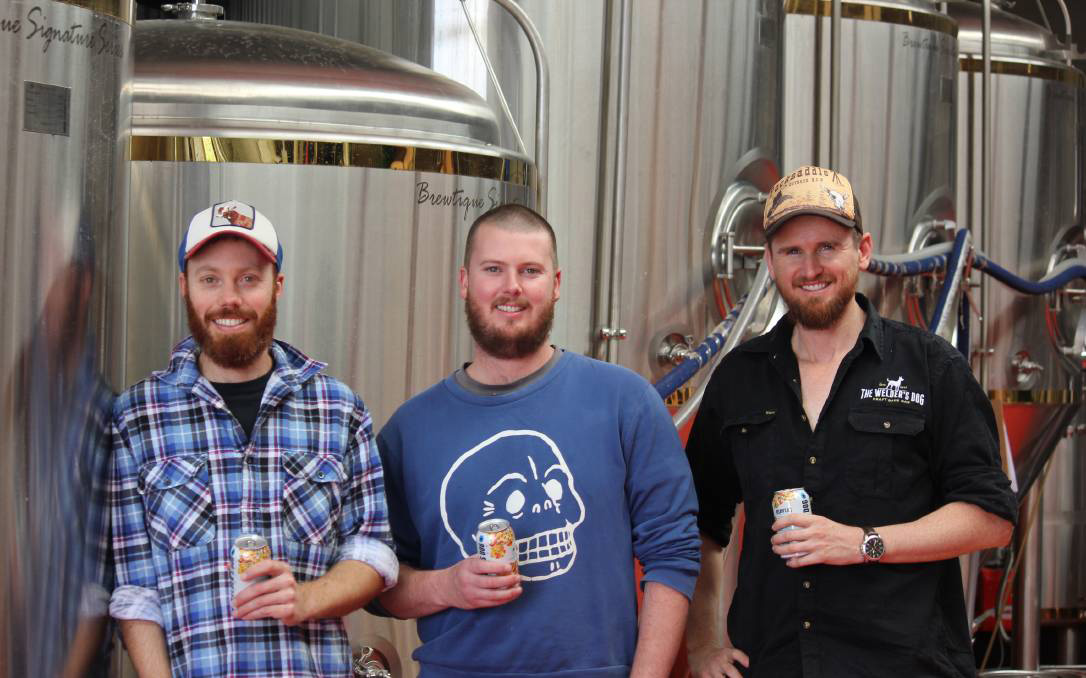 Farmhouse Ginger Beer is the brainchild of Phil Stevens, Tom Croft and Daniel Emery. “We wanted to make something that was properly brewed, that revives the traditional methods of brewing ginger beer” Phil said.

“Everyone has the grandmother or grandfather that did it with a plant. Then obviously it was commercialised, it was manufactured with water, ginger syrup and sugar. We wanted to take it back to brewing it properly.” A 2000 litre batch begins with 150 kilograms of fresh ginger.

Using a naturally occurring culture from grain, the boys believe their brew might be the only farmhouse ginger beer in the world. Brewer Phil said farmhouse brews are a traditional term for a wild ferment.  “In Belgium in France, every small village would have their farmhouse with open top fermenters that would gather naturally occurring yeast in the fields,” he said. “That would give every area’s beer a different style and flavour.”

Painting the floor blood red and blaring music, the boys have made themselves at home in the new brewery. “I think it’s the only colour our landlord told us not to paint it,” Phil said. “When he saw it we thought, ‘That does ring a bell actually’.” Tom and Daniel grew up in Inverell together, and Phil joined the trio when Welder’s Dog opened in Armidale. All had experience homebrewing, the same method that would later influence Farmhouse Ginger Beer. “It’s the perfect match between science and creativity,” Tom said.

“Just hanging out here in the shed, we have the music cranking and it’s a pretty good day when you’re brewing,” Daniel said.

The boys sell their brew in Sydney, Brisbane, Newcastle and at their bars in both Armidale and Tamworth. They hope to open the brewery for tastings down the track.