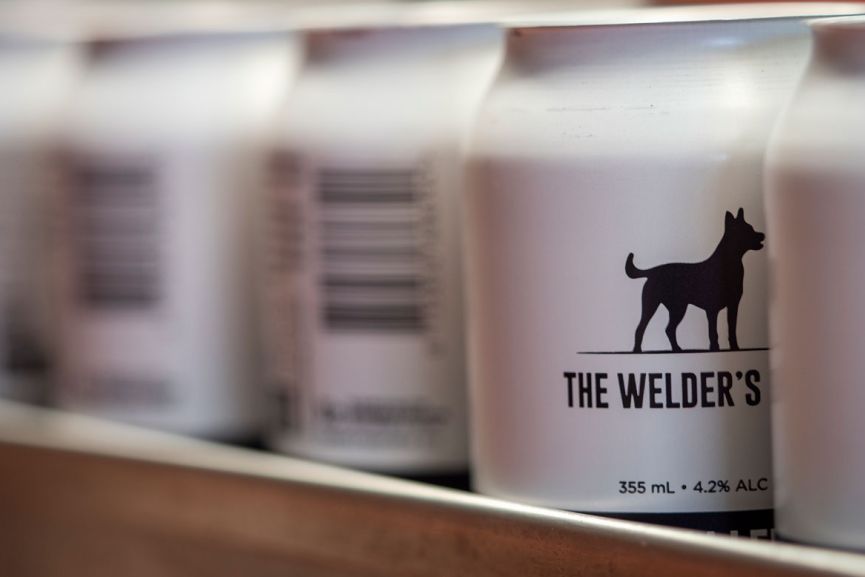 Growing up in Armidale, there was much about the rural city and the surrounding New England region for Dan Emery and Tom Croft to love: the area’s natural beauty, the way country and city life came together, and the kinship so frequently attached to communities built on farming.

One thing they didn’t love so much, however, was how hard it was to get their hands on a good beer. Or, for that matter, their jobs, with Tom working as a town planner and Dan running his own bush regeneration business.

Spurred on by the success of Saint John Craft Beer in Launceston, which had been started by some of their uni mates, they decided to build the kind of bar in which they wanted to drink in Armidale. At the end of 2014, The Welder’s Dog opened its doors, bringing with it craft beer and a friendly, pokie-free vibe a far cry from that found in many of the region’s pubs.

But, while bringing better beer to the area was at the forefront of their minds – and locals were quick to embrace their vision – building a brewery hadn’t been a part of that plan. Instead, it was more of a solution to a problem that soon snowballed out of hand.

Though they kept the taps and fridges well stocked, Dan and Tom found there was a ginger beer-shaped hole in their tap list, with locals regularly asking for one but finding the options the owners would source to be too sweet. So, in 2016 they turned to regular patron Phil Stevens for help. He was combining study with working at a local coffee roasters, having previously worked at one in Sydney, and set about applying his practical knowhow to creating a ginger beer with a house culture that would add a little sourness to a dry and punchy drink.

It proved an inspired move, with the Farmhouse Ginger Beer becoming a favourite among other bars and pubs, then landing at 35 in the Hottest 100 Aussie Craft Beers of 2018. The beer’s popularity led the Welder’s team down the path of canning the ginger beer and investing in a 10 hectolitre brewery and six 2,000 litre fermenters.

And, with that, The Welder’s Dog became a brewery, with Phil as head brewer and with an Australian wheat ale, IPA and purple-pink-hued Pea Blossom Lemonade in the lineup. What’s more, the team are on track to open a much anticipated tasting room at the brewery by the end of 2019.

Like the Welder’s bars (a second opened in Tamworth in 2017), the region’s beer drinkers quickly embraced the brewery as their own. Even those who’d been rusted on to the big players could find something to love in the story of local mates bringing brewing to the town.

Working with others has also been a big focus for the brewery ever since Dan, Tom and Phil picked up their first batch of fresh ginger from fifth generation ginger farmers on the Sunshine Coast. Among their collaborators is a grain farmer in Wee Waa (pictured in the slideshow above), with whom they’ve worked to make different batches of beer featuring slight tweaks to the malt bill to draw attention to the importance and impact of local agriculture on the beers they brew.

And why wouldn’t they want to celebrate the region and its produce? After all, being about to get their hands on good beer in their hometown was what got the ball rolling in the first place.